In 1268, Mongol invasions in Anatolia lead to Yunus's appointment as a judge in Nall?han. Later, he joins Tapduk Emre's lodge to train as a dervish.

As Anatolia wrestles with the aftermath of Mongolian raids, Yunus meets an old man on the road who has a profound effect on his life.

Yunus presides over the trial of a murder he encounters on the road, but the sheikh, Tabduk Emre, challenges his verdict.

Yunus's sentence drives a wedge between him and the Brotherhood, and he appears before the sheikh regarding the appeal.

The death sentence may change the course of Yunus's life, and he is torn between Tabduk Emre and the Brotherhood.

Realizing the gravity of his mistake, Yunus considers resigning to become a dervish under the sheikh.

Yunus struggles within himself as he waits for the sheikh and the Brotherhood's response to his actions.

Tabduk Emre gives Yunus his first mission as a dervish, but Yunus is unaware of the difficulty of the task.

Yunus adjusts to his new life at the lodge. Tabduk sends Yunus out on a new mission, and Yunus attracts Bac?m Sultan's attention.

Yunus saves Demirci Bayram, but the mission pushes him to ponder resistance. The Nall?han Brotherhood's tax burden grows by the day.

Troubled by the sheikh's requests, Yunus wonders whether he will find what he seeks. Tabduk and the Brotherhood discuss the Seljuks's status.

Upon learning that the lodge is under threat, Yunus returns to Nall?han, where Kad? Ilyas and a friend try to talk him into staying.

Yunus is helpless to stop the raid, and the time has come for his return to Konya. Kad? Ilyas's motives are called into question.

Yunus, Ahi Mesud and Molla Kas?m are shocked to see the sheikh behind bars. Kad? Ilyas hides his emotions and pretends to surrender.

Tabduk is cleared of the accusations made against him. Yunus is stranded on the road after falling from a horse, and comes face to face with a snake.

A man Yunus once sentenced to death finds him and brings him back to the lodge, where Yunus sees his older self in a dream.

Still unconscious, Yunus reacts physically to his dreams, creating disquiet in the lodge and worrying the sheikh.

Yunus regains consciousness, and his body continues to heal with the help of Tabduk and family members. An unusual sadness overtakes Bac?m Sultan.

Yunus recovers, but cannot recall his past. As Yunus searches for his identity, Molla Kas?m and Bac?m Sultan adapt to the new realities.

Yunus comes to his senses and continues to repeat the mantra "I do not know." Tabduk's training method for Yunus changes.

For his new mission, Yunus disguises himself as a water carrier and observes people's conditions through the eyes of a dervish.

Yunus learns greatly from every conversation with Tabduk Emre and becomes more determined to take action based on what he hears.

As the story of the influential poet continues, Yunus Emre has been exiled from the convent, causing Molla to find himself in a new position.

Surprises await Yunus at the lodge after his long absence. His new outlook changes the way he interacts with those at the lodge.

No one at the lodge has seen or heard from Yunus since his expulsion. Molla Kas?m finally learns what Yunus did at the lodge.

Desperate at the bottom of the well, Yunus has no choice but to wait for a rescuer. Candaro?lu Argun Bey turns to Yunus for a favor.

Tabduk Emre comes to the rescue and sends Yunus to Candaro?lu Argun, who is in search of an adviser. Tabduk Emre hears surprising news.

Candaro?lu Argun takes Yunus prisoner, but later learns that he was accompanied by Bacim Sultan. Yunus accepts his first assignment as adviser.

Yunus is robbed on the way back from his mission. After realizing that he is a pawn in a game, he finds a way out of a predicament.

?ahin threatens to stoke more tensions. Candaro?lu's suspicions grow as he and Yunus try to find out how their secret was exposed.

The truth about ?ahin is out, and Candaro?lu calls Zahide back to his residency. Zahide's interest in Yunus confuses him.

The young trickster begs for Tabduk Emre's forgiveness and asks to stay in the lodge. On a hunt, Candaro?lu finds suitable land for his new residence.

Under Candaro?lu's orders, Yunus tries to convince Fettah A?a with gold, but to no avail. Ismail expresses his disappointment at Yunus's actions.

?ahin Bey meets Tabduk Emre, and Candaro?lu Argun requests information from his son, who says the lodge did not provoke the Brotherhood.

Yunus learns the truth about the lodge's slanderer. Molla Kas?m's accusations against Yunus leave Tabduk Emre with a tough decision.

As the lodge faces the shock of Molla Kas?m's allegations, Sar? A?a and his men raid the lodge to take ?ahin away.

Ismail conveys the news to Tabduk Emre during his absence. When members of the Brotherhood arrive at the lodge, a brawl breaks out.

When Kad? Ilyas tries Tabduk Emre for witchcraft with false witnesses and sentences him, Yunus finds a way out of the trap.

Tabduk Emre witnesses all sorts of calamities at the lodge. Dervishes from Anatolia pay a visit, and Molla Kas?m is forced to leave.

The writings reveal that Tabduk Emre accepted Yunus back to the lodge, where he continued his service by cutting wood.

Two joyful events happen in Yunus's life. After Tabduk Emre puts him to the test, Yunus sets off on a journey as a dervish. 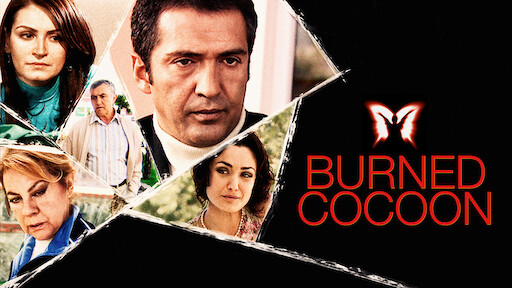 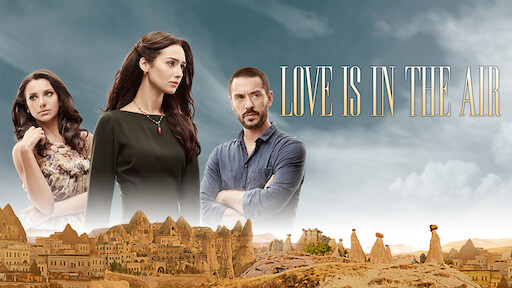 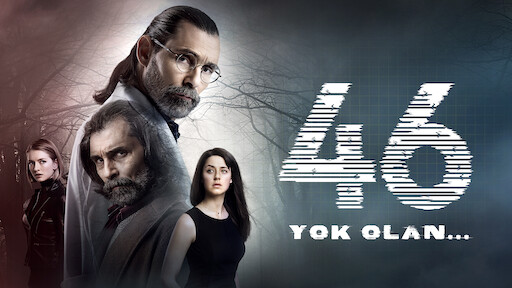 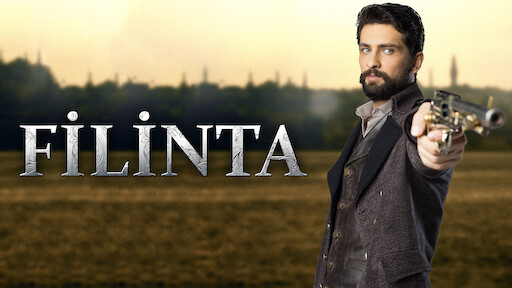 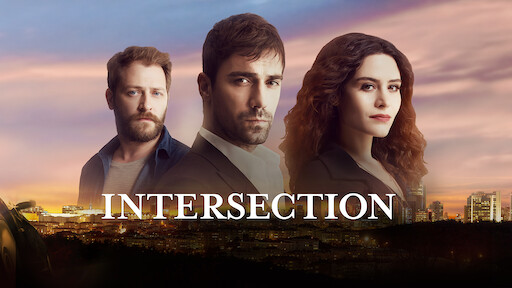 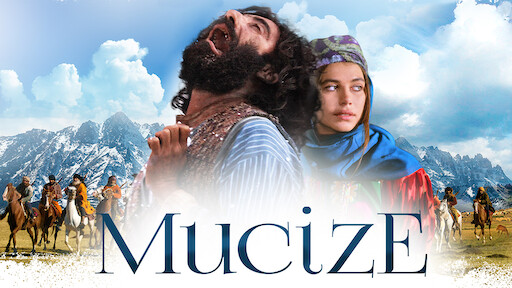 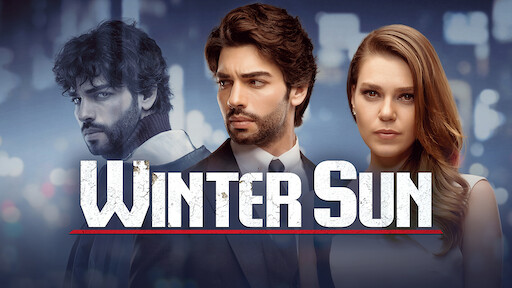 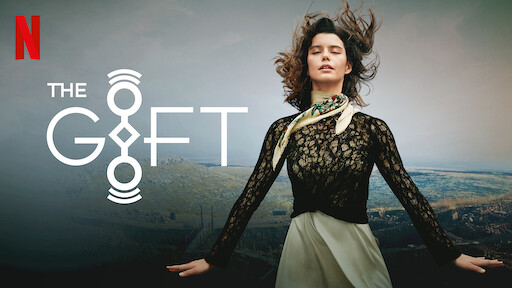 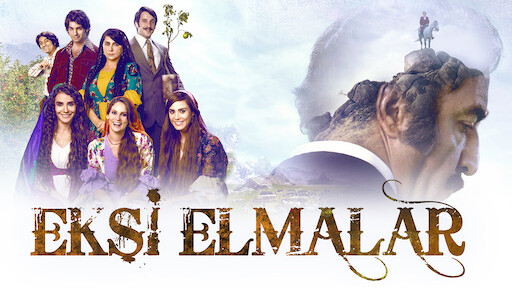 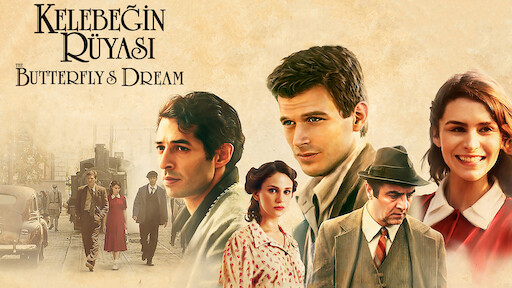 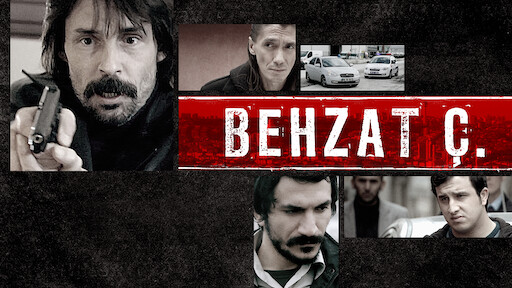 Robin Robin
In this stop-motion short film, a bird raised by mice begins to question where she belongs and sets off on a daring journey of self-discovery.
EMILY IN PARIS
When ambitious Chicago marketing exec Emily unexpectedly lands her dream job in Paris, she embraces a new life as she juggles work, friends and romance.
Masaba Masaba
Fashion designer Masaba Gupta plays herself as a woman learning to embrace her unconventional path in a world where everyone’s expected to fit in.
Too Hot to Handle: Brazil
Someone Has to Die
In 1950s Spain, a couple summon their son home from Mexico to introduce him to his fiancée, but are shocked when he returns with a ballerino.
Ethos
The lives of eight people from different backgrounds converge in modern Istanbul, where they must form new friendships or reckon with a complex past.
Word Party Songs
Sing along and dance with Bailey, Franny, Kip, Lulu and Tilly in this collection of music videos that will get you in the mood to move and groove!
Selena: The Series
As Mexican-American Tejano singer Selena comes of age and realizes her dreams, she and her family make tough choices to hold on to love and music.